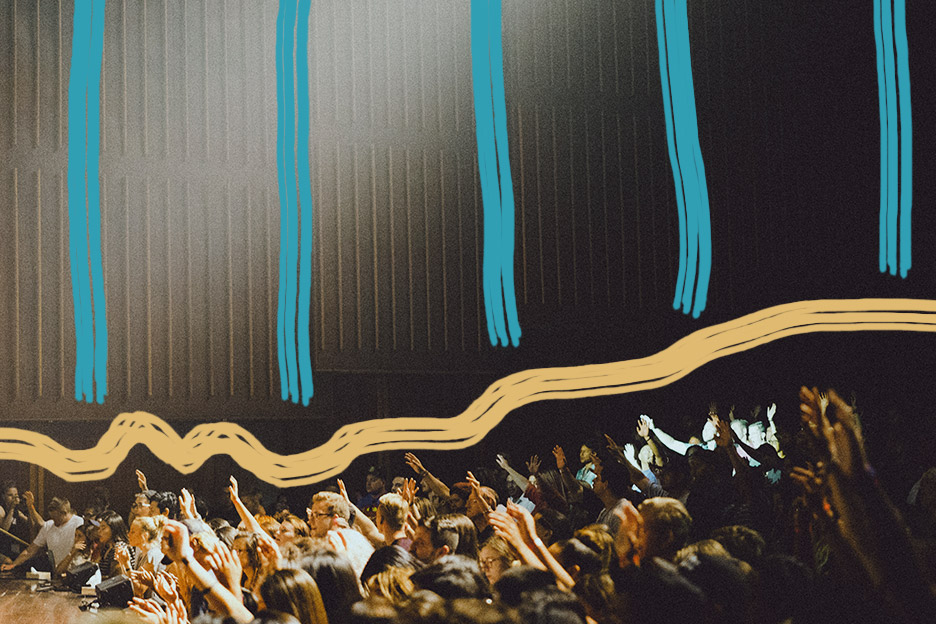 How do you design your conference to engage early-career researchers? Two scientists and two association conference planners weigh in.

From jumping through hoops to secure the funding to attend a research event to navigating the subsequent cash-flow issues, conferences and early-career researchers don’t always have an easy relationship.

Yet this cohort of young people aren’t just the future of research, they’re the future of your event. The world of conferences is becoming fiercely competitive as smaller, more thematically focused meetings pop up seemingly overnight and challenge the legacy of the traditional annual meeting.

If your conference doesn’t attract or engage the next generation of attendees, they’ll no doubt find what they need elsewhere, from some other event.

“Not only who’s attending, but who’s talking is salient”

Rackeb Tesfaye is a founder of the Broad Science podcast and a neuroscience PhD student at McGill University, in Montreal. Her experience of conference-going has been a mixed bag. “A few of the conferences that are part of academic associations have trainee committees [that consider the needs of early career researchers]. But I have been to conferences that have definitely not taken these into consideration, and it shows when you get there.

“The conferences are less interactive and more lectury. There’s very little opportunity to feel like you are actively brainstorming and gaining advice. For a lot of students it can be pretty daunting to go in and walk up to professors who are standing with a group of their friends.”

She also takes issue with the platforms occupied by the same faces. “We notice when we go to conferences and there are panels of all men. When there is only one person of colour. Not only who’s attending but who’s talking is very salient to early-career researchers.”

“It’s tough to build your network”

Aleksandra Alorić is an assistant professor in complex systems at the Institute of Physics Belgrade. “If there is no thought from the organisers about how young researchers can engage, it can be really alienating. One thing people have in their mind [when they’re going to a conference] is to build up a network of future employers.”

But she cites the awkwardness of trying to build this network when you’re an early-career researcher without much social capital. “When you come to the conference without knowing anyone, for these few days you stay on the very first level of interactions. People already know each other, they get together between parallel sessions and you feel like an outsider. That can be really tough.”

And with huge variations in postdoc salaries, simply offering cheaper fees to students fails to account for the money struggles experienced by early-career researchers across the spectrum. “Quite often the [conference] registration fee is cheaper for PhD students. But it’s often assumed that after you’ve finished a PhD you have enough money, so your registration fee is the same as someone who is more senior. This is bad.”

So, how can organisers go about redesigning their congresses to be more accessible – and offer better value – to early-career researchers? A good jumping off point is to solicit their input, right from the beginning.

The International Society for Microbial Ecology (ISME) holds its symposium every other year and manages to attract a 2000-strong delegate base, around 50% of whom who are postdoc or mid-PhD level. While microbial ecology is a booming field with plenty of young people, the association still works hard to ensure its biennial meeting is relevant and welcoming to those beginning their careers. This process begins by making good use of the junior portion of ISME’s ambassadors programme. “We ask our young ambassadors to meet before the conference starts and we ask them ‘What are your struggles in science? What would you like ISME to do better for you?’” says Sarash de Wilde, ISME’s executive director. These are then presented at ISME’s board meeting at the symposium. It’s a way to get input directly from young researchers and let them know their struggles are heard.

Aleksandra is a regular attendee at the annual conference of the Complex Systems Society (CSS), which includes an active group of early-career organisers. “Complex systems is a multidisciplinary field, so maybe because of that – because you need to cross this additional field border – that within the community in the last couple of years there is a strong young-researchers’ initiative.”  This group of PhDs and postdocs, called the young researchers of the Complex Systems Society, take responsibility for organising parts of CSS’s annual conference so they’re tailored to young researchers’ needs. They also offer travel grants and other support to young scientists. “Most of these activities we started doing were coming exactly from our needs: ‘Oh my god, how it was for me coming to the conference the first time!’”

ISME also recognises that early-career researchers are often required to give a presentation in order to receive the university or industry funding they need to attend. “Everybody at our conference is able to present something, which attracts a lot of young people,” says Sarash. “We have abstract submission software and reviewers, and the top submissions are selected for oral presentations, but the rest [of the authors who submit] can present a poster. I think if they can present something then they have the funding to come. And funding is everything in research. ”

The world congress of the International Pharmaceutical Federation (FIP) takes a different track by giving extra support to authors with limited or no experience of scientific congresses. Carola van der Hoeff, FIP’s chief operating officer & congress director, explains: “We offer a mentoring system. Our leadership look at the abstracts [before they’re submitted] and we bring the authors in direct contact with them. They get feedback on structure, language and content before it goes to review. It’s very interesting to see how many people use that service.”

Like a lot of conferences, FIP also directly engages local students as onsite volunteers who can attend sessions for free. Student volunteers get the knowledge, the international context an annual meeting offers, and the opportunity to engage with the professionals and the leaders in their field.

However, even when early-career researchers have their work accepted, some still can’t travel without a grant. As part of widening their conference accessibility, both FIP and ISME make bursaries available to help bring early-stage researchers from developing countries to their congresses.

But independent conferences that don’t have access to these type of funds can still do their bit. Rackeb wants to see more organisers promoting external funding sources on their conference website. “A lot of information around funding is disjointed. It doesn’t take a lot of time to put up a list of grants that other organisations you work with offer. To have it amalgamated in a way that’s accessible and doesn’t take hours to find.”

Job insecurity is also a big feature of the early-career landscape, and Aleksandra suggests that congress organisers re-draw the lines within conference fee structures. She’d like to see the distinction between students and postdocs erased in favour of one between attendees on temporary and permanent contracts. “Because if you have already a tenure-track or professorship you have more accessibility to funding for all sorts of travelling. While postdocs don’t have this access usually.”

Boosting the value of in-person events

Once you’ve made sure that early-career researchers have the means to attend your conference,  how do you ensure that the experience is more valuable to them than anything they can achieve online?

Who’s given a platform to speak at a conference sends clear signals to early-stage researchers about who is – and isn’t – valued as part of a community. For this reason, organisations like the Political Studies Association are beginning to promote the use of young researchers as session chairs. This is an approach embraced by FIP: at one of their congresses, any session with a chair also receives a trainee co-chair. “We link them together [before the conference] and it’s a really nice,” says Carola. “It’s engagement for them and it’s also a learning process. They have to prepare and speak with the other chair and read the contents [of the session] so they are coming prepared. They are more prepared sometimes than the other chairs!”

To enrich the conference-going experience for young researchers, the early-career group at CSS’s annual event organises a 3-day “pre-conference” of sorts. This is partway between a school with lectures introducing some of the more complicated topics within the multidisciplinary conference, and a meeting place where newcomers can forge connections with their peers. “If there is a more private event with only 40 or 50 of you, you can share your research in a more informal atmosphere and you have more time to get to know each other and potentially start new collaborations after,” says Aleksandra. This pre-conference event also means that first-timers begin conference day one with a host of familiar faces.

Similarly, FIP organises satellite events within its main conference which are aimed at answering the questions early-career attendees are struggling with. For example, its “Meet the Professor” sessions offer early-career attendees one-on-one discussions with the leader in a particular field, giving them access to wisdom and advice they may not find elsewhere.

ISME have also done work on making sure that the afternoon poster sessions aren’t a deadzone. “We want students to get as much attention as possible for their posters. But it’s always in the afternoon,” says Sarash. “So to keep people there we serve some beers, other drinks and snacks, and it helps. They generate quite some attention with their posters because it’s a fun event. ”

Consciously or not, we curate who attends an event. Who buys a ticket, who submits, who has a seat at the meetings that steer its direction.  “Who is applying for your conference grants? “Who hasn’t been interacting with your conference? That data can speak volumes in itself,” says Rackeb.

As the meetings industry faces increasing external pressures like economic uncertainty, travel restrictions and the rise of hybrid events, it doesn’t make sense to leave the next generation out in the cold.