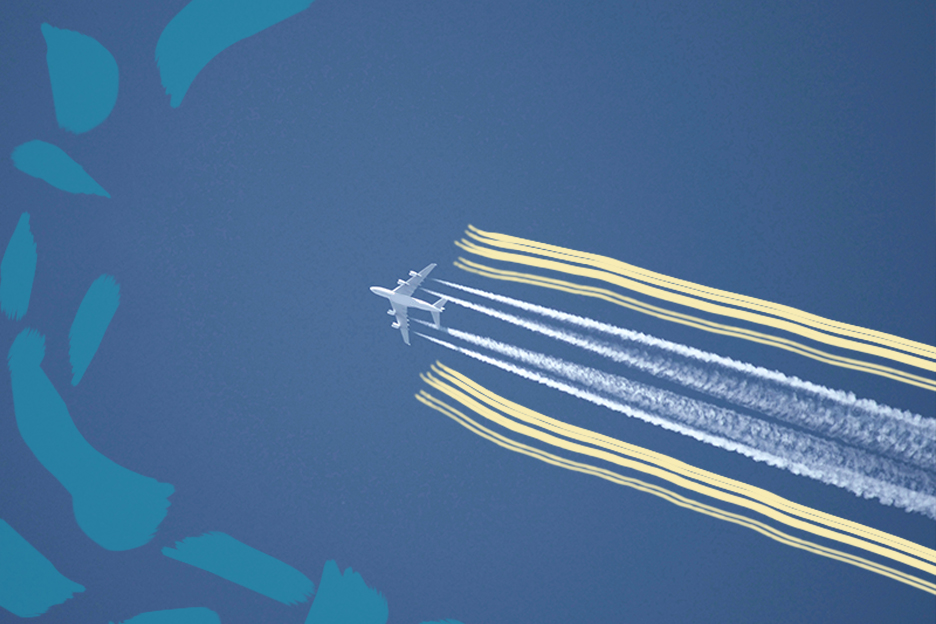 How do you support delegates affected by the United States’ travel ban?

Leili Mortazavi studies the neural underpinning of certain types of decision-making. Along with fellow researchers at Dr Catharine Winstanley’s University of British Columbia (UBC) lab, she submitted her work to Neuroscience 2018 earlier this year. It’s one of the largest neuroscience conferences in the world, and the organisers invited Leili and her lab mates to present their findings at the event in California in November.

As a permanent resident of Canada, Leili thought getting a visa for the United States wouldn’t be a big deal. But when she did some reading she realised her Iranian citizenship might be an issue.

“I applied in July, four months in advance of the conference. I showed up to the visa interview with tons of documents to support my case, but the response was, ‘You’re ineligible to apply based on your nationality.’”

Neuroscience 2018 is the first opportunity Leili’s had to present at an international conference, a significant milestone for any early-career researcher. But it looks like she won’t be travelling to attend it, and she’s not the only one.

In June 2018, the US supreme court ruled in favour of the Trump administration in Trump v. Hawaii, the lawsuit over the latest version of the US ban on immigrants, refugees, and visa holders from Iran, Libya, Somalia, Syria, Yemen, North Korea and Venezuela. The current travel ban has been in full effect since December this year and applies to more than 135 million people, according to immigrant advocacy groups.

The long wait for conference waivers

Though travellers planning to attend academic and research conferences in the US are eligible to apply for individual waivers to do so, these often leave applicants in administrative limbo. After she was refused a visa for the United States, Leili applied for a waiver but was told she now faces a four- or five-month wait for approval.

On Twitter, she read the case of a scientist who’d applied for a waiver to attend a conference. The result? “They were given approval a year after they had applied and told, ‘If the reason for travel is still valid we’ll issue the visa.’” Their conference had finished the previous year.

“One of the things we are seeing is it’s taking longer and longer for those applications to be reviewed – and people often are not getting answers,” says Lauren Parr, vice-president of meetings at the American Geophysical Union (AGU). “Often it’s not that an attendee’s visa was denied, it’s that the time ran out.”

Statistics released by the US State Department in June show waivers were issued in only 2 percent of visa applications over nearly five months. And the process has prompted a lawsuit requesting the US administration justifies the long delays and the low numbers granted.

Lauren is frustrated with how this is playing out for international conference delegates. “I had a researcher who was born in one of the banned countries but has lived in the UK all her life and she wasn’t able to get a visa [to attend a conference]. It is so silly to take that researcher who wants to contribute out of the equation. These are people who devote their lives to solving some of our most challenging problems.”

Research conferences in the age of the travel ban

When the first iteration of the travel ban came into effect in January 2017, an online petition calling for an academic boycott of international conferences held in the US gained thousands of signatures. And when Leili told her supervisor and lab mates about her visa issues, they considered retracting their submissions in protest.

At the AGU Fall Meeting in Washington DC, around 36% of delegates come from outside the US. And while the ban directly affects only a small portion of the AGU’s international membership, its indirect effects are further reaching. Lauren says, “Right after the initial travel restrictions were announced, we did hear people who were not from the countries affected saying, ‘I don’t know if I feel safe coming to the AGU meeting. I don’t know if my lab colleagues will feel safe, or if they’ll feel good coming to the United States. It seems like the United States don’t want us to be there.’”

Lauren worries that international scientists are deciding instead to attend conferences in Asia or Europe and that this will have a long-term impact on scientific collaboration. “The AGU Fall Meeting is where people go to find new collaborations, new partners; they learn things, they connect. And that doesn’t happen just at AGU, that happens in many scientific conferences. When we start to silo ourselves, we lose something important.”

Some US-based associations are responding to the restrictions by planning more events outside of the country, and many more are doing all they can to include the voices of researchers, like Leili, who can’t travel.

9 Ways to support international delegates affected by the ban

If you’re organising an international conference in the United States, here are some suggestions for supporting researchers affected by the ban.

1. Get to know the rules and what countries your delegates come from

Like any big policy change, the travel ban comes with lots of rumours about who can and can’t travel for conferences. “One of the things that happens when we talk about a ‘ban’ is that people think that it applies to everyone,” says Lauren. “In some cases it does, but in other cases it may not apply universally.”

She advises that you get a good idea of where your potential authors and delegates are located, and then source your information about who’s directly affected from the US State Department.

2. Register your conference with the State Department

The State Department also has resources where you can register your meeting and your organisation. “That is critical,” says Lauren. “We currently work with the State Department to register our meeting about eight weeks out. So that when folks are applying for visas, the American Geophysical Union is front and centre for the staff who are processing those visa applications and interviews.”

3. Publicise that your conference is a welcoming space

“I was hopeful I could get the visa,” says Leili, “that’s why I applied to the conference. But many people who have had recent experiences of visa rejections didn’t even send in their abstracts. Why submit if you can’t go?” She advises organisers to communicate clearly to delegates in your call for papers and on your website that you’ll do your best to accommodate presentations from those who can’t travel. “It’s important to encourage people and let them know they should submit. ”

Lauren agrees: “Don’t take it for granted that everyone knows that you’re a welcoming organisation. Talk about how you are.”

4. Get in touch with delegates affected

Encourage people to register as early as possible and, if you know certain delegates will have an issue, get in touch. “When additional restrictions were put on Turkey we had Turkish scientists who we reached out to,” says Lauren. “We said ‘There’s likely a problem with you coming. How can we make this work for you so you can still participate?’”

If you have the technology, prepare to offer remote presentations to authors who can’t travel. If you can’t guarantee that kind of connectivity, consider pre-recorded presentations, but give some thought to how q&a sessions will work.

In Leili’s case, the psychology department at UBC is helping her make a short video to be played as delegates view her poster at Neuroscience 2018.  “Presenting a poster requires close interaction with people, and this is not possible through a generic video. So I don’t feel like I’m presenting in the real sense of the word, but it’s still good that the conference is accommodating it.”

Virtual participation will never replace the experience of attending a conference in the flesh, but, if you have the technology, stream or record as much content as possible. “AGU for years has offered live and recorded content of the meeting and we’re piloting more virtual engagement for 2018. We’re going to provide interviews, live sessions, keynotes, tutorials, tours of the exhibit hall, poster walks etc,” says Lauren.

“Our virtual audience will be able to engage in that and participate in a way that they might not have before. It’s more robust than watching streaming content and gives people a different way to ask questions and participate.”

7. Give delegates a forum to discuss the impact

After some thought, Leili’s lab mates decided that a boycott wasn’t the best way to handle a difficult situation. Instead, they will attend Neuroscience 2018 in November and use the opportunity to talk about the impact the travel ban is having on the international research community. “It’s an interesting coincidence that the conference coincides with the [US midterm] elections,” Leili says. “People can make their own choices but it’s important to know what the real impacts are.”

If your delegates are affected, make it clear at the event that certain researchers are missing – and why – and provide a forum for discussion of the travel ban as it relates to research.

The American Association for the Advancement of Science is gathering data on the travel ban’s impact on conference attendance. If your conference is affected, and you have data to share, get in touch with them.

If you’re unsure how else you can help, call on your colleagues, advises Lauren. “Reach out through the PCMA [events professionals’ association], put something on the webboards and say, ‘Can anyone help me?’ Even if you’ve never met the director of meetings at AGU, send her an email to introduce yourself and say, ‘What can I do?’

“We’re willing to share our resources and we’re not the only ones.”

“We’re going to do whatever we can to troubleshoot ways that people can still come and still feel included,” says Lauren. “We won’t solve everyone’s challenges, we won’t be able to secure visas for people, but we’re going to keep doing whatever we can so that when they make the decision that they feel able to come that we can get them there.

“Use your resources and collaborate. Do not give up.”

“Science is in a critical place right now,” says Lauren. “I hope we all remember that we’re looking forward to the next 100 years. Science is going to give us so many more answers and it’s not going to be done in a vacuum.”

“We need our international community.”

Symposium vs. conference – what’s the difference?

Your guide to mobile conference apps

Brian Campbell
7 min read
READ NEXT ARTICLE
6 Mistakes conference delegates make (and how to avoid them)
If you prep for them, conferences can boost your research and your career. Avoid