Covid-19 disrupting your event? We can help → 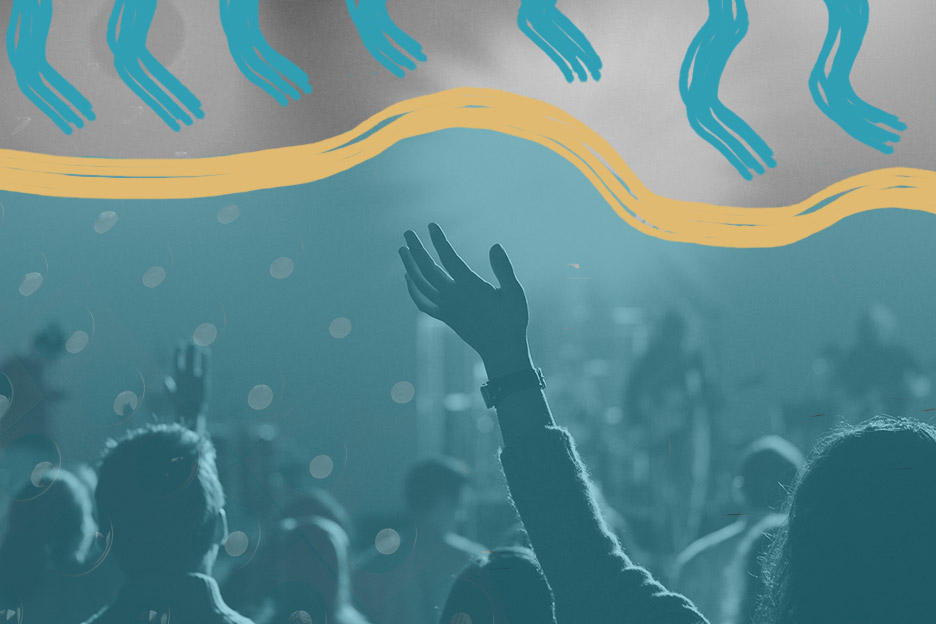 In terms of event trends, festivalisation can be just the ticket for injecting life into a tired meeting. Here’s how one association created a carnival of science, art and movement.

Festivalisation is one of the coolest kids on the event trends block right now. Borrowing elements from music shows, art installations and carnivals, festivalised events like Austin’s SXSW and Canada’s C2 Montréal display the sort of creativity, entertainment and focused attention that often elude traditional meetings.

“The growing convergence between the business and creative industries, as well as boredom with the conference industry status quo, are disrupting how organizations design their conferences to better engage increasingly fractured and distracted audiences,” wrote Greg Oates in his Skift report on festivalisation as a meetings industry megatrend back in 2017.

It’s for good reason that festivalisation is high on everyone’s list of event trends to watch out for this decade. But, while commercial events like C2 are a natural fit for festival-like experiences such as VR art installations, can whimsical elements make the leap to the world of serious scientific conferences? Where do you fit festivalised moments in between hundreds of poster presentations and hotly debated symposia? And can you create a carnival atmosphere without compromising the integrity of the hard science?

Here’s what happened when one scientific congress tapped into this event trend and added a multidisciplinary splash to its traditional programme of events.

A science-heavy congress with a long history

The annual meeting of the International Ornithologists’ Union is a heavy-weight scientific event with a history stretching back to 1884. This prestigious quadrennial aims to bring together around 1,500 bird scientists and conservationists for a week of packed programming that runs from early morning late into the evening. “The Congress is kind of the Olympics for ornithologists, they want to attend it at least once in a lifetime,” says Shawn Cheng at MCI Canada.

But when the congress came to Vancouver in 2018, the local chair had some big event ideas up his sleeve. Vancouver lies on a major migratory bird route, so the city is something of a haven for bird watchers. “There is a huge connection here for scientists and bird enthusiasts. And this is what the local chair wanted to tap into,” says Shawn, who played a critical role on the planning team for the 2018 event. “He didn’t want the congress to be just for ornithologists, he wanted it to be much bigger.”

Festivalisation was the perfect event trend to help them get there.

The organisers started with the idea of linking the conference with a local bird festival run by an avian scientist. But they also knew there was a lot of energy they could tap into in the area. Bird tourism is a multi-million dollar industry, and the research the MCI team carried out on its potential for the region impressed Vancouver city officials. “The city saw how this collaboration would benefit them, so people from local authorities like the tourism bureau and the parks department joined the event’s organising committee.

“From a logistics side, this was a dream come true.”

With a local festival to tap into and city officials onside, the team set to work planning the IOCongress and Vancouver International Bird Festival. And once they got started, the event ideas flowed fast and thick.

The original plan was to hold the bird festival separate to the congress, but the team gradually embraced the festivalisation event trend throughout. “We would have these two different events happening at the same time, targeting different groups of people,” says Shawn. “But once we started the planning process, we identified a few areas where the two events could connect. And it became such a natural fit that we decided to do things together to engage the amateur birder population and take the science out into the public.”

Festivalisation encouraged some truly creative conference design. The team collaborated with local partners like artists and poets to create a week-long programme bursting with multidisciplinary events around Vancouver. Proceedings kicked off with a bird parade, naturally. Over 200 volunteers, local artists, entertainers and delegates donned handmade bird costumes to parade through a local park and across the Vancouver seawall to the Vancouver Convention Centre.

The bird parade in full flight

Canada Post topped off this rather surreal sight by unveiling limited-edition stamps in honour of the festival and to spread conservation awareness. The team also held events around the city like bird-watching tours and first nation performances. And the festival had a public lecture series which included speakers like Booker Prize-winner Margaret Atwood and award-winning conservationist Purnima Barman.

The congress expo and poster hall (home to +1,000 scientific posters) also got a revamp. The team opened its doors to the public for the first time, and installed a public theatre with a set programme of events to attract the crowds. “The group Artists for Conservation also relocated their annual exhibition into our trade show. It made the expo very untraditional,” says Shawn. A signature event of the week-long artists’ show was the unveiling of the Silent Skies mural. A 100-foot installation of 678 endangered bird portraits painted by artists and local school children.

Today is our final appearance! #IOCongress2018 closing ceremony, Sunday at 6pm at the Vancouver Convention Centre by the Digital Whale sculpture. It’s been an amazing week! Hope everyone can come by to say hello before we all have to say goodbye. #vanbirdfest pic.twitter.com/qpsEEcIqRu

A social media strategy to get the event trending

As an event trend, festivalisation and social media were practically built for each other. So the team put a plan in place to capitalise on the added attention. Part of the International Ornithologists’ Union vision is to disseminate knowledge about birds and lots of the delegates were already engaged in grassroots conservation, so the team designed a digital marketing strategy targeted at using social media for advocacy. They worked with the British Ornithologists’ Union who hosted social media sessions for delegates and published helpful posters around the congress. 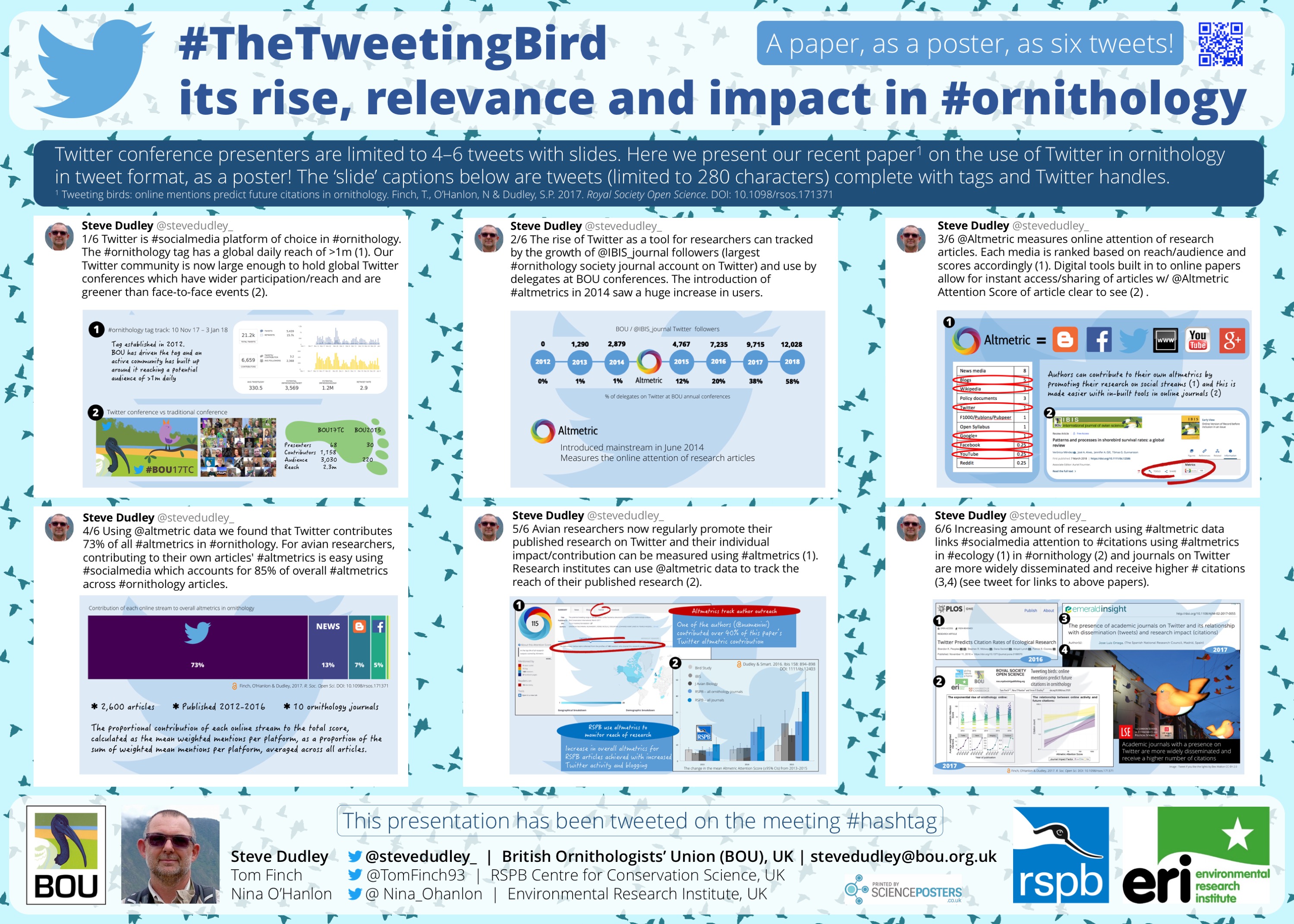 “We also created a social media hub at the congress in a high-traffic location. An area that people can come and get stronger WiFI,” says Shawn. “Maybe your intention at the start is to charge your phone or check your email. But maybe you’ll check out the poster that’s about social media, and the UK society had people there to talk to. It all helped.“

The benefits of attending traditional scientific events are well-documented, but the delegates in town for the IOCongress got lots of non-traditional benefits from festivalisation too.  While the congress carried on with its scientific content uncompromised, delegates also attended the festival events throughout the week. This gave them a very different level of engagement than the specialist content of the congress. “If you’re a bird scientist, you probably like art about birds too. So having events like the art exhibition alongside the expo engaged them in a different way and gave them a bit of a mental break.”

Lots of avian researchers spend time raising public awareness about birds and conservation. “And with the Vancouver Bird Festival we opened the door to the public. The scientists felt like the event passed the knowledge that they’re so passionate about to the public. It empowered them a bit more.”

Did you see the #BirdsonParade this afternoon? Bird enthusiasts flocked around Coal Harbour to kick off the International Bird Festival and the #IOCongress2018! @IOCongress2018 🦅 pic.twitter.com/nY3B2XemJI

And on the expo front, festivalisation delivered an increase in footfall that caught the attention of exhibitors. “Our exhibitors were not just the traditional ones. The congress usually attracts 10-20 exhibitors, but for 2018 they had up to 80 exhibitors (like bird tourism agencies and local retail companies) who were keen to engage with bird enthusiasts among the general public,” says Shawn.

And because the festival lent a highly visual aspect to proceedings, the week was packed to the brim with press and social-media moments. From MCI’s records, the event got 54M media impressions, 245K Twitter impressions, and 150+ press mentions, as well as international press coverage.

As James Lancaster writes in AMI, “[Festivalised events] have reimagined the conference format – and people have responded with enthusiasm. That should probably sound alarm bells for associations intent on using the same conference template ad infinitum.” So if you’re looking to enliven your annual meeting through festivalisation, here are five non-negotiables for successfully tapping into this event trend, according to Shawn.

1. Make sure your field and location are suitable for this event trend

Festivalisation is not for every conference. Ecology and conservation are fast becoming hot topics, but it also helped that the purpose of the IOCongress chimed with local appetite for protecting birds in Vancouver. This made the two a perfect pair.

2. Identify existing local events that this event tap into

“I’m pretty sure the reason our event was a success was that we didn’t CREATE a festival. We already had one. We just relocated it and expanded it.” An existing event gives you a ready-made local network of people to work with and will save heaps of groundwork. So scope out what’s already out there.

3. Start with a local committee with vision

“The key thing is whether the local chair or committee want to do something different and have a vision. In 2018, everything started from our chair.“ So sound out your organising committee, and if they’re not excited by this trend, put it back on the shelf.

4. Get the support of local officials for your festivalisation

“Without the involvement of city officials, big public events like the bird parade probably wouldn’t have happened. They took care of the application. And because we had local government and tourism on board there was also support for the media outreach.“ So do your research on how your event could benefit the location, and once you’ve got some cold, hard numbers, seek out local support.

5. Create a story the media will flock it

“Our job was to create a good story,” says Shawn. The highly visual nature of the public bird parade meant it took flight in public imagination. Even though the event took place on a mid-week afternoon during school holidays, it still managed to attract hundreds of spectators. “The way that it turned out was pretty great; it’s still an event I talk about.”

How associations made the world fairer, smarter, safer

Looking to get more out of your conference management software? Check out Ex Ordo.
By using this blog you agree to our cookie policy