How C19 Reimagined their Conference and Increased International Exposure

The Society of Nineteenth-Century Americanists used Ex Ordo's online event platform to take their event virtual and connect with a wider scholarly audience. Here's how they made reinventing their conference a success.

Reimagining a Conference in Crisis

In the early days of the pandemic, many conference organisers made the choice to postpone their events to later in 2020. But as months passed and more people recognised the world was in this for the long haul, organisers were faced with the choice to continue postponing or to make the switch to virtual. One such organiser was Meredith L. McGill, a Professor of English at Rutgers University, and the President of C19: The Society of Nineteenth-Century Americanists. 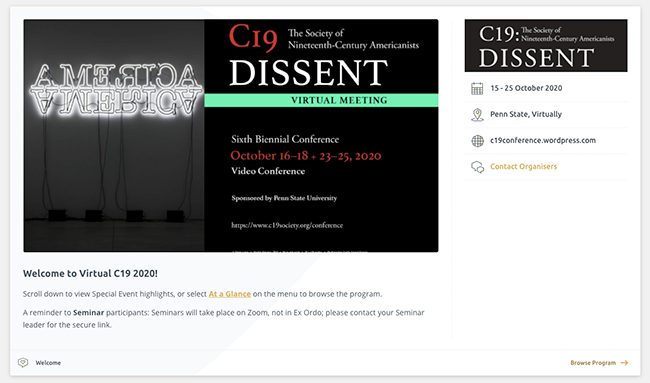 The homepage welcome card for the opening days of C19: Dissent

C19 is the first academic organisation dedicated to nineteenth-century American literary and cultural studies. They publish a journal twice a year and hold a conference every two years. This event is attended mostly by scholars, but it also draws attendees from libraries, archives, and university presses. And it’s an important event for early-career scholars to develop their work through conversation with others in the field.

Since 2016, C19 had been using Ex Ordo to manage their submission and review. And when their postponed event was threatened by continued restrictions, they knew they could rely on Ex Ordo to help them make the switch to virtual using our online conference platform.

We’re an organisation that’s held together by its conferences - in fact, our membership cycle is keyed to them. So, it was really quite something to reimagine the whole thing virtually. It was super tense, and we didn’t know we’d come out of it as well as we did… But it came out beautifully. You can see how important it was to us not to lose the conference, and how grateful we were to partner with Ex Ordo to make that happen.

With the decision to go virtual, C19 had to rethink their committee structure and their team:

In addition to this core committee, C19 hired 10 “Digital Conference Fellows.” These positions were filled by grad students and early-career researchers. With help from Ex Ordo, C19 trained and prepared them to manage the interface between scholarly presentations and technical requirements. And it turned out to be a great venture. There was a Digital Conference Fellow assigned to every session and they became the face of the platform to the attendees involved in that session. They were also there to admit people, troubleshoot any issues, and communicate with the Ex Ordo team member that was on standby each day. 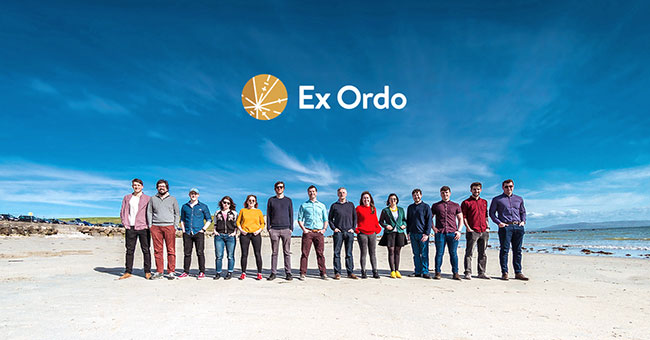 Re-Imagining the Programme Design with a Flexible Platform

The C19 conference committee set to a major redesign of the programme with gusto. They gave authors the choice: (1) upload on-demand content in advance with a live panel discussion to follow or (2) present and discuss their content live.

The on-demand content could be anything, and that’s where the Ex Ordo flexibility was great. Some panels that were on visual materials just had the visual materials pre-circulated, some people pre-posted their paper, others did a video. Some of our scholars, mostly the younger ones, loved that there was pre-recorded content. They loved that they could put it on while they were chopping vegetables, or doing something else, and decide whether they wanted to attend the panel by listening to early materials.

When they’d determined how to translate their sessions into an online format, C19 got to work on the virtual schedule. And, using the online programme builder, it was easy for them to amend it as changes occurred:

We shifted things around a lot. As always, someone had to withdraw from the conference or somebody couldn’t make it at a certain time. We had some people who didn’t tell us whether they wanted to go on the virtual programme or not and made a late decision. And we were able to accommodate them. It was very easy to tweak the online programme and that meant it was always up to date. The ease of making changes was fantastic! 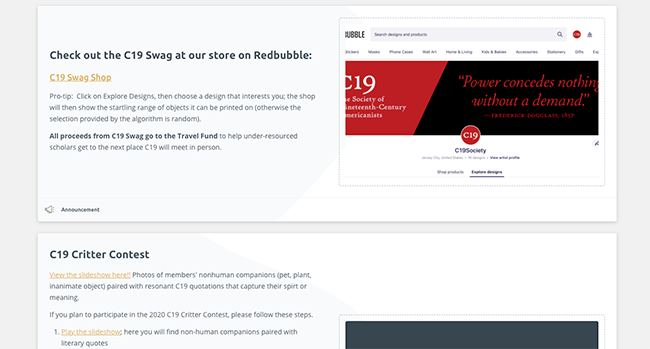 Customisable cards displaying the offerings of the C19 Conviviality Corner

Throughout the conference, the C19 committee also found creative ways to encourage online engagement. They created a “Conviviality Corner” and used cards on the homepage to highlight varied ways for attendees to interact. They created other customised cards to promote their scholarly “Press of the Day” and drive traffic to their sponsors’ websites and deals. Meanwhile, the Critter Contest and 19th-century Cocktail Classes took the prize for the social highlights of the conference.

One thing C19 loved about Ex Ordo was that they could collect fees “at the virtual door” for people who just wanted to sign up to attend the conference. The connected registration meant that last-minute attendees and non-members could join in on the experience:

Usually we require people to be members, as well as paying a conference fee. But we experimented with opening the conference to people who weren’t members. And we got lots of international exposure that way. I think at least 100 out of the 600 people who came to the virtual conference, had signed up at the door and processed their payments through Ex Ordo… so that was terrific. And it gave some of our speakers an international exposure that they wouldn’t have had otherwise.

Finally, the attendees and organising committee loved the ability to hop between live stages efficiently while exploring everything the event space had to offer:

We had five major stages, and we gave them names from 19th-century authors. One of the things that was great - it was easy, if you were done with one panel and there was another you wanted to attend, you could click out of one and click onto another. So, the ease of movement between sessions was much easier than face-to-face... when you have to walk down the hall and sneak in the back. But here it was easy to taste two panels at once. 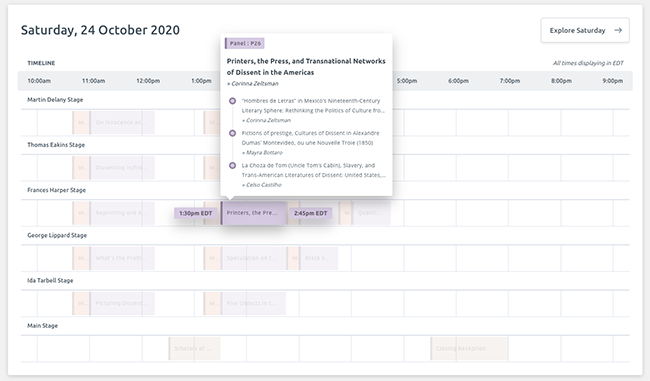 Working Together to Reimagine Online Conferencing

Navigating the chaos of 2020 was difficult for so many conference planners, but as an industry and community, we’ve learned valuable lessons. We’ve developed new ways of doing the things we once took for granted, and we’ve had some great experiences because of it. But most importantly, online conferencing has enabled so many important scholarly communities to continue their valuable work and connect with their members across the globe.

Part of what was great about the Ex Ordo team was you were willing to work with us as we both tried to reimagine what conferencing meant. I appreciated your ability to innovate quickly when we needed it, your terrific support, and the honesty and clarity of your explanations. I really felt that you were our partners in this conference, and not just selling us a product. So yea, I’m a fan. I’m a huge Ex Ordo fan.

Venturing into the Virtual Space

When the global pandemic forced the American Marketing Association (AMA) to find a new 2020 event strategy, they made the switch to support their academic conference community – completely online.

Finding the Perfect Fit in an All-in-One System

The organisers of the Society of Engineering Science’s Annual Technical Meeting took advantage of the full suite of Ex Ordo’s functions to help manage the workload of planning their event. Here’s why they loved it.

How the Institute of Obstetricians & Gynaecologists discovered the benefits of using Ex Ordo's conference management platform to manage their abstract collection and review for the first time.

Go to our pricing page and get a quote delivered to your inbox.

Beyond the conference walls:
Exploring the power of virtual experiences

Right now, organisers’ only option is to go virtual. But starting from scratch can be scary. So to help you get your disrupted event back on track, we’re hosting a virtual conference on virtual conferencing. Join us on 1-2 July.

Running an academic event? Request a quote for our award-winning peer review platform. →