Learn from virtual event experts in our educational webinar series → 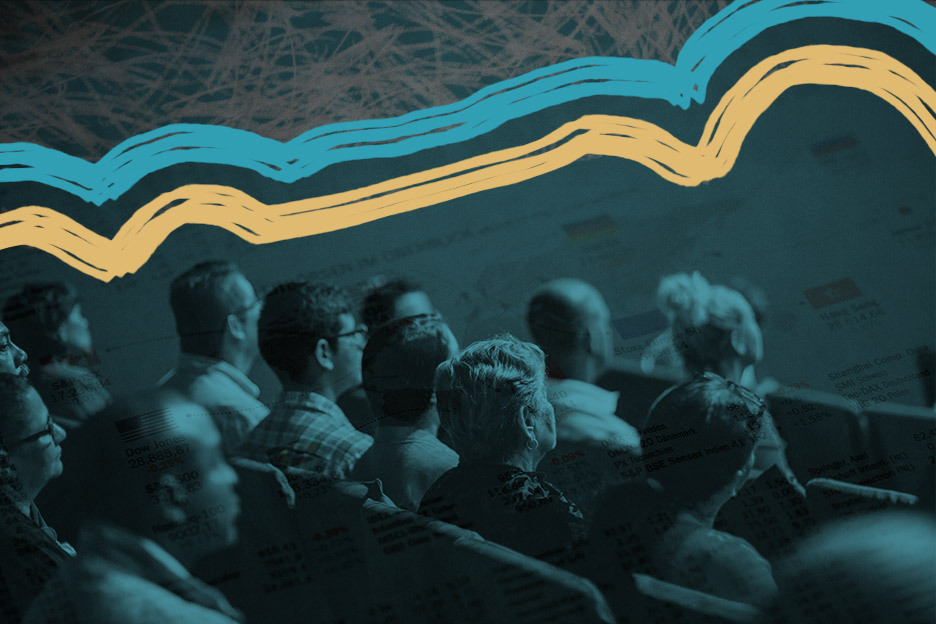 Covid-19 forced us to break from tradition, now it’s time to reimagine the future of virtual research conferences

We are living through the biggest disruption that modern scholarly meetings have faced. Seemingly overnight in March (literally overnight in a few cases) we went from cautiously carrying on with in-person events, to tumbling down a rabbithole into a brand-new world.

As we find ourselves navigating this unfamiliar territory, meeting planners are organising the best virtual research conferences they can with the tools at hand. And something is becoming increasingly clear: The chaotic events of 2020 will forever change how we run research conferences…

There’s no undoing this strange and stressful year. The demands of our new reality have forced us to think and act creatively. In nearly every industry, we’re adopting tools that might’ve otherwise taken a decade to grab hold. And after such a massive change, it’s tough to go back to exactly how things were.

Before this year, most meeting planners had never run a virtual event. And even hybrid events were still considered a novelty. Yet, planners everywhere are making the switch to virtual conferences with impressively tight turnarounds. And, in doing so, they’re realising that attendees don’t expect to be served up a carbon-copy of last year’s event. That being able to tune in and access content in their own homes and on their own terms isn’t necessarily a terrible thing for delegates. And that there may be hidden benefits in this new medium.

And the tools are playing a game of catch-up too. Until now, low demand for virtual conferencing meant the tools didn’t have much reason to evolve. But the rush to virtual is forcing event tech companies to start building faster and smarter than they ever have.

As virtual tools and online conferences begin to mature, and as more events are born virtual instead of forced to pivot, we need to start the journey of reimagining what’s possible for scholarly conferences.

I’ve been designing software products for about 15 years now. One mode of thinking that has impressed me most in those years is a thought methodology called JTBD (or “Jobs to be Done”). It’s a lens you can look through to identify the desired outcomes people will get from using your product. People care that a product can do the job that needs doing. They care much less about how it delivers that outcome.

The same theory holds true for the academics and practitioners who attend virtual research conferences. It’s often said that conferences are about networking. But nobody goes to a conference for networking in and of itself; they go for the outcome that networking delivers. They go to improve their prospects, to advance their career, to further their research. And as long as the “job to be done” is done, it matters less whether a presentation happens onstage or online.

But simply sticking to physical event structures won’t cut it, because these traditions have systemic limits. The web also comes with its own predefined patterns of discovery and connection. And we need to transform our approach to adapt to virtual.

For virtual research conferences to provide the outcomes our attendees need, it’s up to all of us to write the rulebook. These are just a few ways for us to get started…

Virtual conference content: Becoming the Netflix of your field

At traditional in-person meetings, attendee access to valuable conference content is often restricted to the hours during which the event takes place. But virtual frees us from these limitations. Now keynotes and plenaries can be replayed “live” multiple times, to suit researchers in Tokyo and Lagos and San Francisco. Virtual research conferences also allow us to easily expand access to content, releasing most of it on-demand as researchers require it. There’s even the possibility to host it year-round, if that’s what benefits your community.

Historically, large in-person conferences existed because we had to bring everyone together during the days when the venue was available. And we crammed massive events into two or three days out of necessity. It’s unlikely that physical events will disappear. But all in, I don’t believe we’ll ever see a return of strictly in-person conferences on a massive scale. Instead, the ability for virtual conferencing to supplement physical in the form of hybrid academic meetings opens up a whole world of possibilities. In the future, maybe we won’t need to have 50 parallel sessions running at once. It’s now much easier to imagine swapping that out with a month-long series where everyone presents virtually, followed by a shorter, in-person meeting for people to connect and discuss. With hybrid, we can deliver on the best of both worlds.

Online experience: Reimagining how we connect with our audience

Simply transferring the old ways of conferencing to an online space won’t produce better outcomes either. Instead, we need to focus on defining the online experience. We need to craft products that allow people to share their work seamlessly, paradigms that encourage connection and interfaces that are a joy to use. We need to create tools that empower event professionals and scholars to produce amazing online conference experiences.

Virtual scholarly conferences will also have the sort of global reach that was impossible before now. We don’t yet have the data to back this up (though I’m sure the research community is already working on it) but my gut is that they’ll be built on a model of larger audiences paying lower registration fees. Already, the American Society of Clinical Oncology saw record-breaking attendance at their virtual meeting this year. For the folks who simply can’t travel or afford to attend traditional conferences, virtual means they’ll be able to access content on their own terms, leading to more effective dissemination of valuable knowledge around the globe.

As excited as I am about online experiences, I recognise that some things are difficult to translate to virtual research conferences. The serendipitous feeling of meeting someone in the queue for the buffet is one. Networking is a big part of the puzzle in delivering the outcomes that attendees expect from virtual scholarly conferences. It’s also the part that I’m most excited about, because it feels like the hardest bit to get right online. I can’t wait to tackle this challenge. And I believe that virtual experiences can become more powerful than physical meetings in facilitating meaningful connections.

Online, we interact differently, often relying on smaller nudges to build rapport over time. We don’t start virtual conversations by commenting on the buffet food. Instead, we begin by bonding over content and shared interests. The comment thread on an eye-opening presentation is one method to achieve this. A casual video chat organised around an area of specialisation is another.

When I look at networking in this light, I see a big opportunity for virtual conference experiences. That intuitive focus on interaction around content can quickly connect us with relevant people and conversations. No awkward small talk necessary. And so, the online setting may even allow more room for introverts, or for early-career researchers without much social capital. Suddenly, they’re no longer at a disadvantage just because they’re not the loudest person in the room.

When we tumbled down that rabbithole back in March, my team at Ex Ordo recognised that virtual conferencing was going to play a seismic role in supporting the future of events. And more than anything, our customers needed a virtual conference platform that could handle the unique needs of an online research conference. So we went all-in to build one. Despite the months of hard slog, we’re only beginning to scratch the surface of what is possible. This disruption of tradition has presented a massive opportunity for scholarly conferences to evolve.

We wanted to start by opening a dialogue with our community. To listen and learn, but also to provide a resource for education around virtual research conferences. So, using our first beta version of Ex Ordo Virtual, we held a virtual conference about virtual conferencing (pretty meta, I know). We had over 600 delegates take part in a collaborative, educational experience for meeting planners and conference committees working in fields of research. And we want the learning to continue. So we’ve made the live recordings and on-demand presentations available for everyone to access.

Would a euro a day hold your delegates in sway?

Why one scientific society acquired a magazine for amateurs