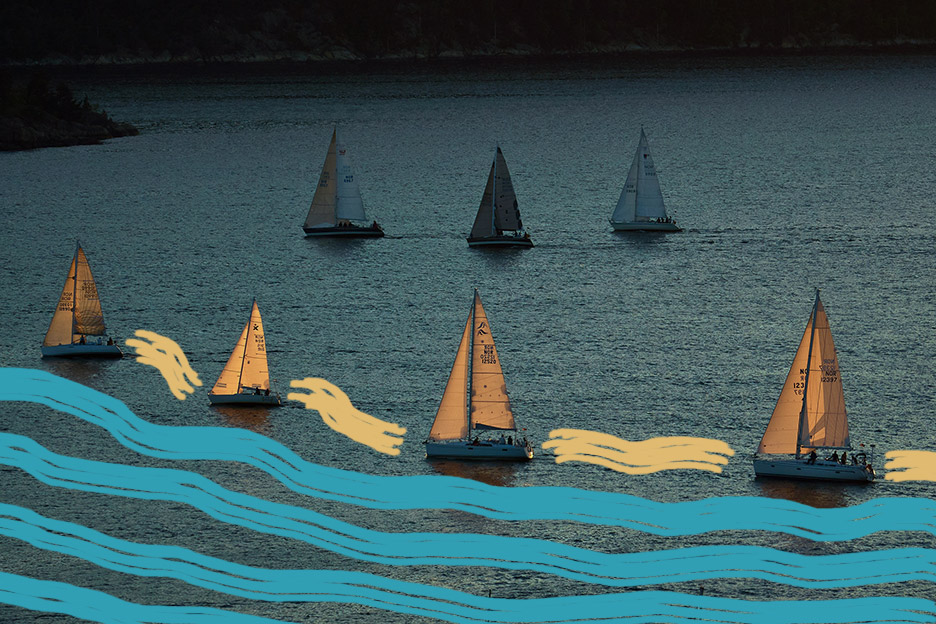 So your conference has an executive organizing committee, multiple subcommittees, plus an events team… Nicole Leida from NCRI tells you how to make it run like clockwork.

Organizing committees – often called scientific committees – are as necessary to medical, scientific and technical conferences as the reviewers who validate the quality of the research published at them. Committees give your event greater influence among your community and a wider reach for identifying quality topics and speakers. They also lend you credibility in a busy events space where predatory conferences are on the rise. And all for free.

“You’re trying to get them to help you in the limited time they’ve got available for you, so you need to facilitate that to get the best out of it,” says Nicole Leida, head of conferences & events at the National Cancer Research Institute (NCRI). The association’s annual conference has an organizing committee that’s made up of the type of expert audiences the event aims to attract. This includes 4 subject-specific subcommittees, each with about 10 people. Each subcommittee has a representative on the event’s executive committee, which also contains two conference co-chairs, NCRI’s events team, plus the occasional expert advisor or two. Phew.

Most events professionals who work in the association or academic space will at one time or another have to work alongside the range of expertise and opinions of committee members. And it doesn’t always run smoothly…

“I’ve worked with large organizing committees that really didn’t function. And it’s a pain because our role [as event organizers] becomes a lot more difficult,” says Nicole. “Everything has a knock-on effect when you’re organizing an event. When there isn’t a clear structure in terms of who’s responsible for making what decision, then as an event team we’re not quite sure which direction to go. It all gets a bit messy and delays happen, and then you don’t hit your delegate numbers.

“Should we have sandwiches or a hot buffet? In my opinion, that’s not what a scientific committee is for. They are there to provide scientific expertise on content and topics of interest to their communities, we’ve got experts in my team to think about catering and the best venues for dinner.”

So how do you avoid your conference suffering death by committee? Start with setting out crystal clear roles, responsibilities and boundaries, says Nicole.

Planning begins 18 months before the NCRI annual conference. And, once the two joint chairs are appointed and new committee members are recruited, the association events team works hard to ensure these new members understand their roles and how they fit within the drivers of the conference.

“When new people are appointed to the organizing committee, we have an induction meeting and discuss our processes, as well as expectations and roles and responsibilities. As part of this, we explain what the key performance indicators for our conference are: what things are important to us, and what makes [the event] successful to our eyes. For example, if we’re trying to attract more junior doctors to the conference, we might say, ‘These are the things we’re trying to do to attract this target audience. In your expert opinion, could these work?”‘

And on the flip-side, Nicole’s team also makes it clear at the beginning what decisions committee members aren’t responsible for, such as helping speakers with their travel arrangements or venue selection. “We, of course, welcome suggestions, but if they can only spend limited time on our conference, I don’t think this should be a priority for them.”

Getting recognition for your work can be challenging when you’re working with people outside the event planning world who often think organising an event is an easy task. So it’s important that you make them feel confident about your ability to deliver and keep them informed of how things are progressing.  “In a previous role, we had a lot of junior event staff in the team and most of them found it challenging to liaise and coordinate the work of demanding committees,” says Nicole.

“Accountability and responsibility are important. In my own experience, people do appreciate it and respect you more as a professional in your own right if you are able to facilitate the role they are meant to be playing for you.”

Giving committee members a view of the bigger picture

But how do you prevent committee members from getting caught up on minor details at the expense of the bigger picture? Nicole advises to give them some awareness of what else is going on outside of their role within your event.

“Say, for example, someone on your organizing committee might not be in favour of running a specific session, but when you explain the reasons why it is important to your association, they tend to come around.

“Sometimes, people say what they say because they’re not aware of the bigger picture. As part of the onboarding process, we give them a top-level summary of how our conference fits in strategically with other activities we do. We also include a summary of conference costs and income, to make them aware of financial implications and budgetary restrictions. Then they’re clear on where we’re at.”

Getting the most from a remote committee

The challenges of getting the best from a remote team are well documented. So how do you manage getting what you need from your committee when they’re dispersed across the country or around the world? The entirety of the NCRI conference organizing committee gets together in the same room for one single meeting, so it’s incredibly important the events team makes the most of their time.

“We run [this meeting] in a roundtable-style so smaller groups can easily interact with one another at each table. I’ve run large committees in a boardroom-style room and it’s not helpful at all. It’s too big and it becomes harder to get people’s contribution. We mix up the subcommittees so they’re represented in every group. They brainstorm around the topics they think are important to be covered at the next conference and we give them cards to fill in with ideas. Then we reconvene as a room and ask people to give us their top 3 topics. That’s it, that’s the only meeting where they’re all in one room.”

After this, the team coordinates the various groups within their organizing committee through teleconferences that focus on specific areas and have clear actions. “For example, if we’re following up on what the programme looks like after that onsite meeting, we just say, ‘Does this look right? Are there any gaps? Can you identify anything that’s missing?”’ Asking focused questions mean they come away with actionable answers, rather than fuzzy feedback.

And, because they know their committee members are busy people juggling lots of responsibilities, they follow up and send chasers when necessary to get what they need to progress the event to the next stage.

One thing that can play havoc with managing an organizing committee is when group dynamics get in the way. “I think it’s important as an event team working with committees to understand the dynamics of the people involved and how they work with one another,” says Nicole.

“That’s not necessarily committee specific, but I think it’s important. How people get on and what makes them tick. Then it’s easier for you to influence people. For example, if you know they don’t get along with someone, don’t ask them to talk to them on your behalf, do it yourself.”

From RFPs to force majeure clauses, event professionals speak their own lingo. And, once you’ve been working in the industry a while, it’s easy to forget that people outside of it don’t have anywhere near your depth of understanding.

“One of the things we always say with my team is, ‘Even if you have to state the obvious, do state it.’ Because although there are things that for us are standard practice and we think everyone knows this, they don’t. That’s not what they do for a living. So never make assumptions, because sometimes it’s not obvious to them and you realise when it’s too late.“

“That’s why we do the induction meeting with committee members and we follow up with information in writing so they can read it and they can refer back to it. And when we have a conversation with someone over the phone or in person, we follow up with an email to summarise what we discussed so we are all on the same page”.

“As an event organizer, sometimes you join an organization, or you take on an event and the organizing committee has already been appointed. So it’s important that you learn how to work with them.

“What I tend to say to our conference chairs is, ‘What can I do to help you? What’s the best way for us to communicate and work with you? What do you need from us so you can make the decisions we need you to make?’

“Providing them with what they need, so they can come back to you with what you need is really important.”

Your conference budget template (with tips)

Who sits on a conference organising committee?